Meet the members of our team - they are all experienced team leaders who will guide you on your adventures. 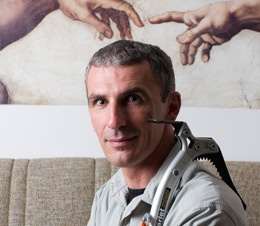 To date, he has led over 200 climbers to the world’s highest peaks, all across the planet. In addition, his expeditions have included the first woman from Serbia, the first climber from Bosnia and Herzegovina, and the first Macedonian to return home alive from climbing Mt. Everest (8848m). Dragan’s greatest asset is the fact that all the members of his expeditions have returned home alive and in good health. He has participated in several humanitarian projects aimed at children without parental care, and is especially proud of helping the Sherpa community and equipping the primary school in the village of Namche Bazar (Khumbu, Nepal).

He is instructor in national school of mountain guides in Serbia. 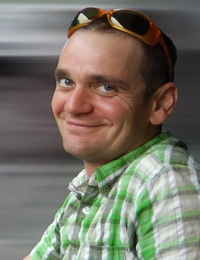 Lori is a top climber and mountain guide. In 2004 he became a UIAGM/IFGMA certified mountain guide. He started climbing in 1986 and has completed over 1000 ascents since then. He is interested in all kinds of climbing and has made many difficult ascents, most of them in winter. He prefers free, alpine style climbing with minimum equipment. He mostly climbs the Alps and Dolomites, but is proud of climbs he has done in the Himalayas, North America and Patagonia.

An incredible young climber and leader of numerous expeditions

Miloš is the most versatile member of our team. He began his career as a rock climber and his greatest achievements so far have been in 8b+ graded climbs. He has climbed several routes of the famous El Capitan (Yosemite, California). On the other hand, he has tested his skills in the Himalayas, climbing Mt. Everest (8848m) in 2007, along the north ridge from Tibet.

As a guide, he has shown great dedication to the mountains and responsibility for the people he has guided to mountain summits. He has led groups several times to Mera Peak (6476m), Aconcagua (6962m), as well as Mt. Everest (8848m).

He is a member of the Mountain Rescue Service of Serbia, and a licenced mountain guide.

Petar is a mountain guide and a professional photographer. His long-time dream of climbing Mt. Everest came true on May 20th 2007, when he became the first person from Bosnia and Herzegovina to reach the roof of the world. Before that, he successfully climbed Aconcagua (6962m) and Cho-Oyu (8201m).

He is a passionate photographer and in love with nature and the mountains. His wish is to dedicate his life to mountains and leading expeditions, as well as to sail around the world one day with the other members of EST!

The first woman from Serbia and the Balkans to climb Mt. Everest, the world’s highest peak 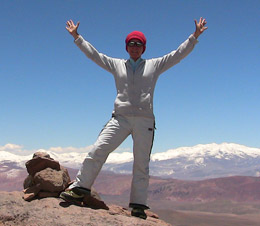 Dragana has been active in mountaineering and climbing for the past 20 years. In addition to peaks such as Mt. Elbrus (5642m) in the Caucasus, Island Peak (6189m) in the Himalayas and many others, she has climbed peaks over 8000 meters high, such as Cho-Oyu (8201m), and in 2007 she became the first woman from Serbia and the Balkans to climb the world’s highest peak, Mt. Everest (8848m) in the Himalayas. Considering that she has not completed any climbs more difficult than VII+, despite her extensive climbing experience, she feels they are not worth listing! During her first solo expedition in 2008 in South America, with no logistics, guides or supporting team, she climbed the highest volcano on Earth, Ojos Del Salado (6893m), after having crossed 100 km of the Atacama desert, a region that is rarely approached from the Argentinean side of the desert. In 2009, in the same area, she climbed Mt. Pissis (6680m). In 2011, she led a successful expedition to Mt. Kilimanjaro (5895m).

In addition to guiding and climbing, she has become a great fan of off-road riding, and plans to travel around the world on a motorcycle, in addition to her regular expeditions. She actively promotes mountain climbing through her work with children and youth.

A member of the Mountaineering Association of Serbia since 1983, has climbed meny peaks higher than 6000m 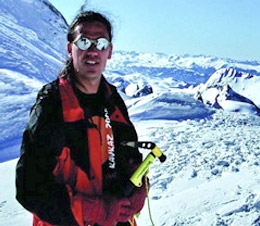 Alek is our calmest guide, and also the expedition photographer and cameraman. In 2008 he climbed
Aconcagua (6962m) and Manaslu (8163m).

As a guide, he has participated in the following expeditions: 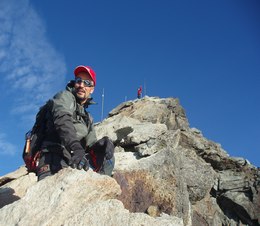 Kenan is born on 17th of January 1975 in Sarajevo, where he lives and work as well. He is in love with nature and mountains since his childhood, however he is more active mountaineer and alpinist over last ten years. He is also a caver and quite active backcountry skier. Last years he was working on landmine clearance projects abroad, and he spent more than five years in the fields of Africa and Tajikistan. He successfully summited numerous peaks above two thousand meters, but his most significant ascents are:

Feel free to ask by email!

You can call us every day between 10h and 17h, at any of the numbers given below, and we will answer all of your questions! 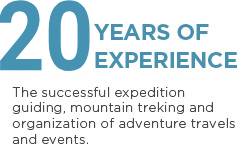